Sublevel 108 wrote:So, did you solve the mystery of NaissanceE, Apo?

Didn't he post that somewhere? That the entire game is a metaphor of someone's birth?
ENIHCAMBUS: State of the Art Scanning!
✌
Top

ENIHCAMBUS wrote:Didn't he post that somewhere? That the entire game is a metaphor of someone's birth?

Yeah, the first two theory vids I ever made were of NaissanceE. They're very old. And very cringy.

But watch them if you wish:

Resident Evil 2 remastered is out!!
WHERE DO WE COME FROM
WHAT ARE WE
WHERE ARE WE GOING
Top

What the hell am I doing... It's not Outlast or any other survival horror where I'm unarmed and successfully run, hide, crawl through enemies right under their noises and behind their backs undetected...
Все провалившие помогают одержать победу
В кроваво-внутренней погодной шахматной игре...
Top

Smash Ultimate sportscasting/stream of consciousness time. (Just want to share some thoughts as to what's going to come)

As a background, I grew up on Melee and had a few friend groups where we would play constantly. Also am fairly familiar with Brawl and absolutely love the story mode, where I really started getting interested in the theatrics of meeting new characters and everything. Then I really started getting on board after learning about Nintendo Directs and watching character reveals starting with Smash 4 (though I've never played much of Smash 4 due to not owning a console for it, and I only played Ultimate for the Switch for the first time last night :P). But I've been solidly following the market consistently for a few years really since the Bayonetta announcement, so I'm relatively up to date on stuff.

Apparently Joker from Persona 5 - the first DLC character - is going to be available to download sometime around the end of April. Now, I've been studying the way that Nintendo goes about doing their announcements so much that it's starting to feel like a bit of a science (and I'm certain there is a big amount of psychology that's involved with all this marketing). It's really going to be hard to follow up their stunt at the Game Awards 2018 with the initial Joker reveal :P

I originally thought that Joker would be released some time in June, as the first news anyone heard about it was that it would be available in Q2 of 2019, so that made me think they'd announce it at E3. Now I'm thinking they'll just do a Direct in April. Because they have to do some sort of official presentation and not just release the character, that would be too underwhelming and wouldn't feed the hype machine enough :/

First question(s) I have: will they do an official trailer for Joker that's more in line with the announcements for other characters that they've had, or will they only have the special Game Awards announcement? I personally would love to see another trailer with the title card and everything just for consistency's sake and just to introduce him properly to the other characters and to the audience that maybe didn't watch the Game Awards (shame). Then, will they start by teasing the next DLC in that same Direct? Will it be similar to how Joker was revealed, or will it skip straight to a proper trailer?

And then of course who's going to come next. Recently I've come across a certain Maximilian Dood, who's got a pretty popular channel dedicated to fighting games. And I should mention that my other favorite moment from the Game Awards was the official reveal of Mortal Kombat 11, from a series that I never played and never gave a serious thought to before. However, they also had quite a theatrical show at the GA, and that was enough to hook me. Max covers both MK and Smash extensively, and he and his crew keep talking about an MK character like Scorpion or Sub Zero making it in. I don't really know how likely that is, but the more I warm up to the whole idea of MK (even though I'll never probably invest in playing it myself, so I'm just a poser :P) I'd love to see an MK character in Smash. Even if it's just for seeing how they tailor a rated-M fighting experience for the game. (I mean, if Bayonetta can get in...) Obviously I know next to nothing about how the fighting styles of MK differ from that of Smash, for the record.

But the whole thing with the Joker DLC was to show that characters that would never have previously thought to be considered to be in Smash are now considered viable. So maybe that's enough precedent for MK and Smash to crossover. And P5 is still a Playstation exclusive, while MK11 is actually playable on the Switch..

I'd also love to see Crash Bandicoot in Smash, just because I have a bit of affinity for him after playing a bit of the originals at my cousin's house when I was really young and now owning Crash 4 for le Gamecube and really liking it. I don't know if he's really a serious option but I think a lot of people would appreciate seeing him in there. It would just be fun, is all.

(Just think about this, Crash Team Racing is set to release on June 21, 2019 for the Switch and other platforms. E3 is only 8-10 days before that. It wouldn't be too much of a leap for Nintendo's presentation to bring up CTR and follow up with a Smash tease at the end of it...right? Envisioning Crash crossing the finish line in his cart and then screeching to a halt while some wumpa fruits in the shape of the Smash logo float in front of him in the air :P)
Top

Update from Stone Rectangle Game Man (moshe linke, creator of Fugue in Void and VoyageE, the fan sequel to NaissanceE):

Apparently "Neo-Brutalism of Tomorrow" came out on itch.io August 18th:

Features a handful of contemporary works inside a neo brutalist structure.

It explores the idea of the space itself being the main experience. How visitors explore the architecture without any direction or guidance.

How natural light and shadows can be used to transform a rough space into a mystical place.

How sound behaves in the ever-changing conditions of the architecture.

A concept for a future. 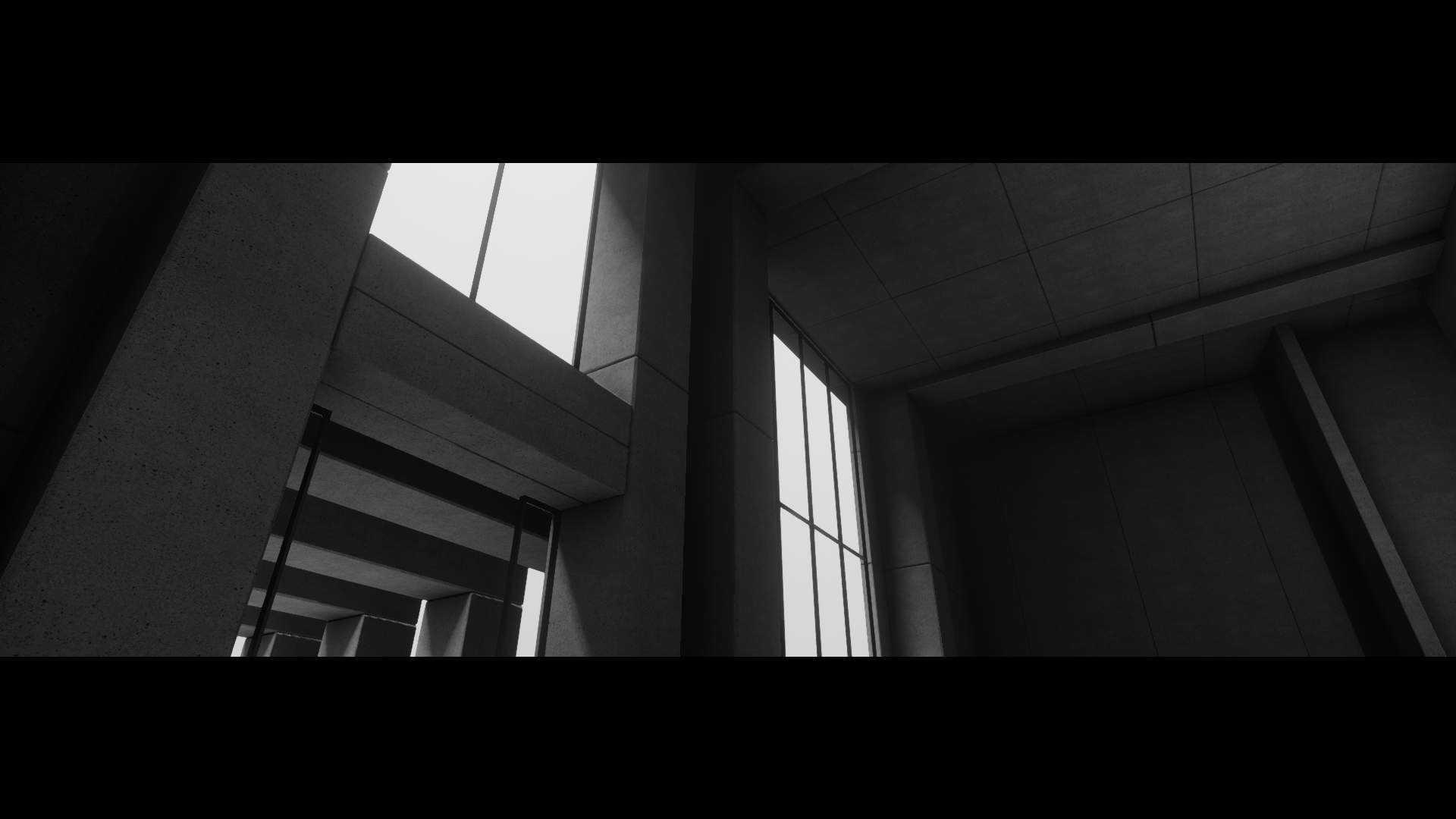 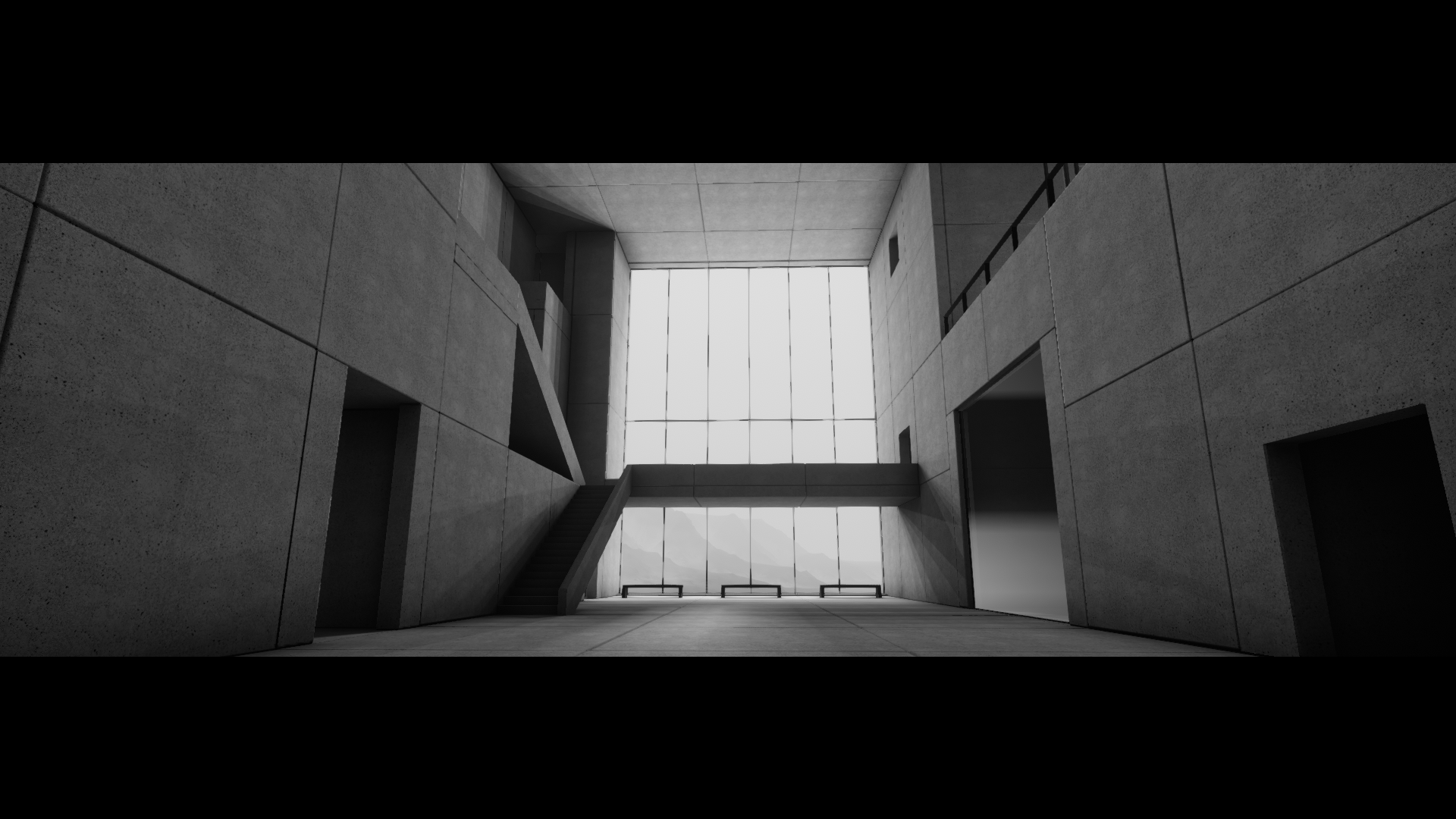 2) Next big release still looks to be "Neon Entropy", I don't know the release date yet.

Hopefully there's a way to disable that grain filter that looks to be in most of his recent games, I don't like it that much
Top
Post Reply
613 posts