Yeah, I'm happy as well.
My only concern is this, half the country voted for a criminal.
Cause in my factual opinion that if you remove the presidency, his high status and look at his business practice, he is by definition a criminal.

Something I drew in back in 2017. I found that the punishment should fit the crime.
- So he spew bullshit while living he shall die by his own shit.
- So he ruin the toll roads in Indiana, thus he shall be left at their mercy.
- So he ruin the health care of the people, thus he died while at the hospital because he couldn't afford to pay the bills.
- So he destroyed many lives and brought back the concentration camps, thus he died in coincidence from the very people who were running from the claws of ICE. 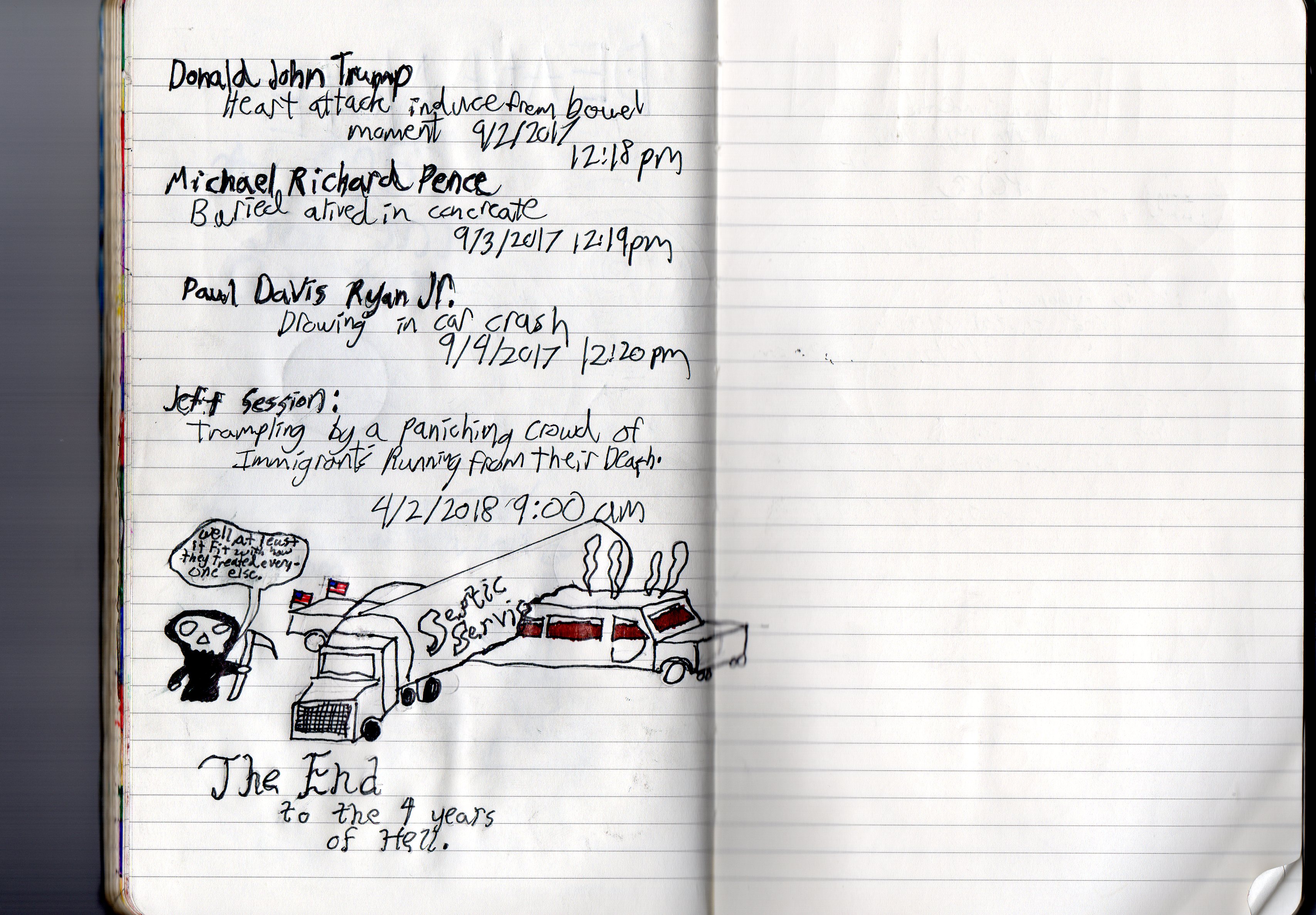 no, it is not total forum posts...
Top

I'm confused as well
I certainly could, but
Top

It's the # of posts in the general discussion subforum.
Top